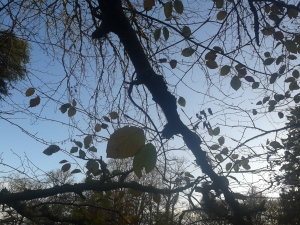 During the phase of my life when I was trying different churches, I was several times persuaded that I needed to be saved and to be born again. The young and enthusiastic Christians I came across, convinced me that if I just asked Jesus into my life, I would experience a dramatic and more or less instant change. I grasped at this in the hope that it would somehow take away my doubts and problems, spiritual and otherwise.

I wanted to be accepted by the bright, happy people around me. I wanted to smile like them and have all my worries wiped away. Each time I decided that I needed to be saved, I was carried along on a wave of positive feeling for several days. However, after the endorphins wore off, I settled back into doubts and depression, feeling even worse than I did before, convinced that I must be at fault if this magic cure didn’t work.

By the time I had tried to be born-again for the third time, and hadn’t experienced any major transformation in the way I thought or felt, I was embarrassed and disillusioned. I eventually became angry, because I felt that I had been manipulated and put under pressure to commit myself to something that wasn’t right for me. These feelings contributed to my cynicism about churches, and were certainly a big part of the reason why I steered clear of churches for many years.

I am still trying to understand these experiences. Why didn’t being saved and born again work for me? Was I like the hard ground by the path which Jesus talked about in his parable of the sower. The seed didn’t grow there, because the listeners didn’t understand the gospel and birds came and ate the seed before it could take root.

Do we need to be born again? In his conversation with Nicodemus, Jesus made it clear that we do. No-one can enter the Kingdom of God unless they are born of water and the spirit.

My problem lay in seeing being born again as a formula that would more or less instantly change my life. As anyone who has had a child knows, giving birth is not a quick and pain-free process and it doesn’t take the same time for everyone. My first labour lasted from 8 am to 5 pm precisely. Afterwards my boss wrily remarked that I had just put in an average day’s work. I know many people, however, who have endured labour pains for two days.

The traditional church in which I grew up put a lot of emphasis on people’s lives turning around in a Saul-on-the-road-to-Damascus type of conversion, so much so, that people who didn’t have this experience doubted whether they were really Christians. However, although Saul’s life changed direction in an instant, he didn’t become the apostle Paul overnight. In Galations 1, he tells us that he spent three years in the desert before travelling to Jerusalem to begin his ministry.

A new life in Christ isn’t a strong drug that instantly cures our doubts and uncertainties and worries. I was young and immature. I thought that being born again would bring me into some Disneyland-like Nirvana where I would be happy and untroubled. I didn’t realise that to really grow spiritually, I had to go into the desert, and face my fears and doubts in a place where God was the only one I could turn to.

This has been a difficult post to write. I have had to work through lingering feelings of anger and resentment, and realise that the people who pushed me into having born-again experiences were well-meaning and enthusiastic. The prayers I made then did mean something. I am sure that they helped me in some way to eventually find a spiritual path, but God, thankfully, didn’t answer them in the way I hoped he would.

A friend was talking to me about ambitious parents who try to get their children to talk or walk or read before they’ve reached that developmental stage. He said, “You can’t get grass to grow any faster by pulling it.”

We might be given the job of sowing a seed, but it’s God who prepares the ground and provides the right conditions for it to grow. That seed may lie in the ground a long time before it is warm and moist enough for it to germinate. My life is proof of that.

4 thoughts on “Do we need to be born again?”