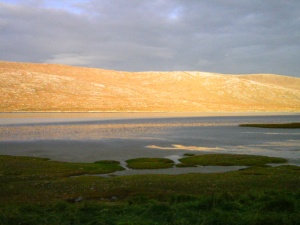 I took a scunner to churches, (for a full definition of scunner, see previous post) but before I gave up on organised religion, I visited a lot of different ones.

I moved to London, where there were churches aplenty, and became angrily determined to try as many churches as possible until I either found the right one, which would make Christianity click into place, or bitterly declared that I had tried everything, and that there was absolutely nothing in this religion business.

My attitude to finding the ‘right church’, was as immature as my hope that I would find my one True Love who would swing me onto his horse, metaphorically-speaking, of course, before we galloped off to the happily ever-after. I longed for something I called God, to fill in the cracks and inadequacies in my life. I went to church looking for nice feelings, but I wasn’t spiritually mature enough to realise that faith isn’t just about feelings. Genuine faith means going on, even when you feel desperately alone, in the belief that God is still there.I wasn’t yet ready to realise that God isn’t like a dose of paracetamol or a swig of alcohol, taken to lessen pain or provide a brief high.

When I went to churches, I took with me a wistful longing, but it was wrapped deep in my cynical, critical attitudes. I didn’t go to church with the kind of humble, receptive frame of mind which is required in order to get something out of it.

One example sticks out. I usually tried to slip out without speaking to anyone, but when I visited a church in the States, I was caught at the top of the steps by a beaming man who asked me how I had enjoyed the church service.

I coldly informed him that I had not enjoyed the choruses or the band, because my church permitted us to sing nothing but the Psalms of David without musical accompaniment.

I cringe inwardly as I remember the way his smile collapsed into a look of bewilderment. Before he could recover, I swept down the steps with all the haughtiness of a nineteenth century debutante practising for her presentation to the Queen.

With attitudes like these, it’s not surprising that I got very little out of trying different churches. Sometimes, however, things did penetrate my hard carapace. I remember attending a charismatic church with a friend who was concerned about me. Afterwards we talked for a while with an older person in the church, and I trusted him with parts of my story.

What he said about God’s love cut through all my defences. I realised that although I gave intellectual assent to what the Bible said about God’s love, the words were actually devoid of meaning. My deity placed impossible demands on me and called it love. The gulf between my idea of God’s love and what love should actually be, was impassable and unbridgeable. I didn’t know how I would ever manage to trust God.

In the next post, I’ll continue the story of how I finally stopped going to church.

2 thoughts on “I took a scunner to churches”