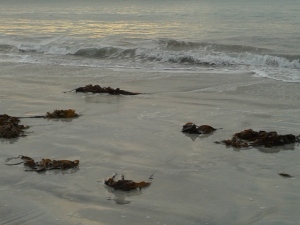 I am going through a time of stress at home and at work. The one feeds into the other and I have quite simply reached the limit of my strength.

I remember these cheesecakes which my mother used to make which involved making a biscuit base by putting digestives in a plastic bag, tying up the end and then battering them with a rolling pin. At the moment, I feel like those biscuits after they’ve had a good whack with the rolling pin.

At times of stress, the cracks show. The hairline faults, which I thought I’d patched up long ago, become glaringly obvious. The things I have acquired and achieved in an effort to buffer myself against the difficulties of life melt away. Very little stands between the adult I am now and the lonely, frightened child I once was.

I love and respect my parents, but they were not and never could have been perfect. They brought me into an imperfect world. Rather than setting impossible standards for myself, I have to accept my own brokenness. I am an imperfect mother, partner, friend and work colleague. I try to do my best, but I often stumble and fail.

When I first thought about becoming Catholic, I thought that it would make me stronger and more resilient to the challenges of life. I knew enough to realise that if I was serious about being Catholic I had to try, as much as I was able, to hand over my life to God. What I didn’t realise was that this would take me to a place where my own strength and knowledge and ability counts for nothing, and where I have no choice but to acknowledge my own helplessness and dependence on God.

As I try to learn more about my faith, I am reminded over and over that God chose the small, the poor and the weak of this world. He chose people that no-one else would even consider. The shepherd boy David was chosen to fight the warrior giant Goliath and inspire the Israelites to victory over the Philistines. A poor peasant girl gave birth to God’s son. Jesus chose uneducated fishermen to be his first disciples and to found his church.

Recently I was watching Lord of the Rings. It is based on the book by J.R.R. Tolkien who was a Catholic. The first time I watched the film many years ago, I was oblivious to its Christian message. Now it is glaringly obvious. A small Halfling or Hobbit, who struggles to get through the day without a second breakfast, is the only person able to take the ring of power into the heart of Mordor and destroy it. The strong ones and the obvious leaders cannot carry the ring because they would be tempted to use it for themselves.

I am weak and flawed, but faith gives me hope that God can use my brokenness. A while ago, I was reading Saint Faustina’s diary. She wrote that she asked Jesus why He wanted to use her when she was such a weak, miserable person. He replied that it was precisely because of her weakness that God wanted to use her. I don’t have time to hunt the quote right now, but will have a look for it.

Caryll Hauslander in her book ‘The Reed of God’ says:

It is a great mistake to suppose that those who have inherited the material for their life from suffering generations, and who have poor health and a timid approach or some vice or weakness, have not been designed and planned by God as much as others who seem luckier in the world’s eyes. … He can choose what seems to us the most unlikely material in the world to use for a positive miracle of His love.

I wrote this post a weak ago, but felt too confused and crushed to post it. Since then, I have been reminded that even in the middle of exhaustion and apparent failure, it’s important to keep a sense of humour.

Finally, when I really thought I had no more strength left, I got the chance to rest and refresh myself.

One thought on “Brokenness”